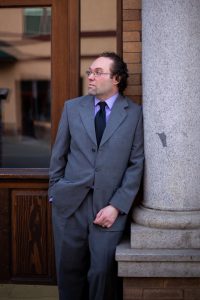 Ryan Noakes was born in 1979 in Kamloops, British Columbia, where he grew up thinking life was a musical with his parents constantly playing and singing along with records. An accomplished singer, he has been a member of numerous choirs and vocal ensembles and performed in several musical theatre productions. Ryan received his BMus in composition from the University of Victoria in 2008. At UVic he was a two-time recipient of the Murray Adaskin Prize in Music Composition. Ryan also helped to establish two new vocal ensembles at the university. After graduating from UVic, he was instrumental in the creation of the Vancouver Island Chamber Choir; as a founding member, manager, and composer-in-residence. In 2010 Ryan relocated to Vancouver and received his MMus in composition from the University of British Columbia in 2012. He has recently returned to his home town of Kamloops. 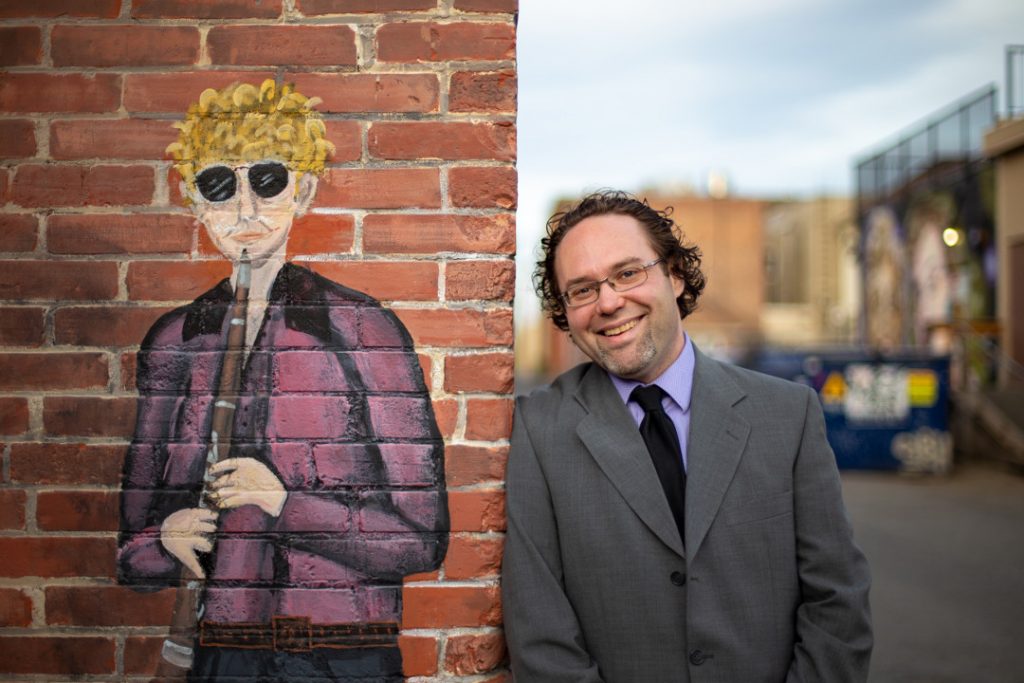 Canadian composer and musician Ryan Noakes was born in Kamloops, British Columbia in 1979.  Ryan grew up thinking life was a musical with his parents constantly playing and singing along with records.  He started playing the trumpet in the school band at age 11, and played all through high school in the Senior Concert Band and Stage Band.  He also sang in the Jazz  and Concert Choirs, and performed both vocally and instrumentally with the Jazz Combo.  All of which helped to cement his deep love of music.

Ryan is an accomplished singer, and has been a member of numerous choirs and vocal ensembles. He has performed in several musical theatre productions, won the 1st Place Novice Quartet Award at a Barbershop Quartet contest (with 4 Ryme Sake), and formed the highly successful comedy a cappella quartet SARV.

Ryan began his post-secondary music education in the Capilano College BMus Transfer Program. Here he studied voice with Geordie Roberts, was a Section Leader with the Capilano College Singers, and a Principal Bass with the Laudate Singers.  He was a recipient of the Christopher Gray Johnson Memorial award both years at Capilano.

Ryan continued on and received his Bachelor of Music with Distinction from the University of Victoria in 2008.  He majored in composition under the direction of Christopher Butterfield and Michael Longton, along with studying voice with Susan Young and recording techniques with Kirk McNally.  At UVic, Ryan performed with several ensembles; the UVic Chamber Singers, the contemporary music ensemble Sonic Lab, and the Don Wright Symphonic Winds.  He was also a founding member of both the vocal jazz ensemble Take Note and the contemporary vocal ensemble Paradigme.  Ryan was a two-time recipient of the Murray Adaskin Prize in Music Composition at UVic.  After graduating from UVic Ryan was instrumental in the creation of the Vancouver Island Chamber Choir; in addition to being a founding member he was also the choir manager and composer-in-residence.

Following his time in Victoria, Ryan was presented the opportunity to engage in a creative artist residency at the Banff Centre for the Arts in 2009.  He got a lot of composing done while taking in many of the beautiful sights. He also found himself performing several John Dowland songs with Mexican guitarist Rosa Maria Robinson.

In 2010 Ryan relocated to Vancouver, British Columbia, and completed his Master of Music in Composition at the University of British Columbia in 2012.  His teachers at UBC included Keith Hamel and Dorothy Chang.  During his two years at UBC, Ryan explored his interest in live interactive electronics. He began to compose works in this medium, and joined the UBC Laptop Orchestra.  While at UBC he became involved with the UBC Composers’ Collective, working with fellow composition students to create opportunities for performances of works both on and off campus.  They also created numerous opportunities for collaborations between composition and performance students. While living in Vancouver he was a member of the Pacifica Singers.

Ryan returned to his home town of Kamloops in 2017, where he is playing trumpet with the Kamloops Community Band, has transitioned from singing with to being the music director of the Cantabile Singers, and formed the a cappella quartet Slow No Tempo. His art song “Appliance Speak” recently received a Festival Award at the 2014 Boston International Contempo Festival Composers’ Contest.