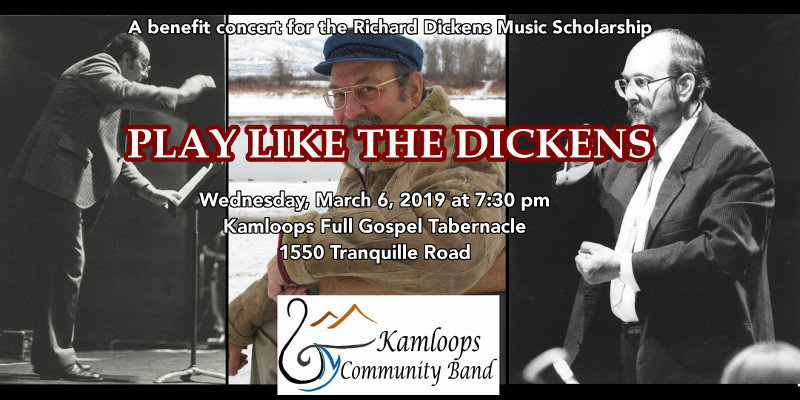 Join the Kamloops Community Band for an evening of entertainment and wonderful music! All proceeds go towards the Richard Dickens Music Scholarship fund. The band was founded by Dickens – a long-time Kamloops school music teacher – in 2001 to provide a place for young people, teachers, retirees and other community members to play their instruments. Dickens passed away in 2009 and proceeds from this event will go toward the scholarship named for him, which provides $2,000 a year for four years to a student who has shown exemplary aptitude and achievement in music and is continuing in full-time music studies at the post-secondary level. Highlights of the concert include a newly composed work by Robert Buckley commissioned by KISSM celebrating a piece of Kamloops’ history, and the premier of Ryan’s new work Eulogy.